We are testing SOTI Mobicontrol at the moment, we'd like to install and configure Zebra Android hand scanners.

Installing the app works, however we still don't know how to configure it, means submitting the values for

These values are known and static for us, so how can we fill in the configuration automatically ?

catalogue entry but we do not know how to specify this or what is the intended method for this.

Anybody know how to solve this ?

Where in SOTI MobiControl can we set up deployment rules for groups of devices to provide an initial configuration at the time of app installation and after installation?

Does this work with the device agent or do we need to have the enterprise agent on the devices?

Does that application support AppConfig standard Managed Configurations? You're only going to be able to configure the app through SOTI if it provides a mechanism for configuration. This traditionally means an external configuration file that the app can read from but can mean a Managed Configuration through more modern approaches like you've mentioned above, but the app itself has to be coded in order to support them. There are other options that some apps may exposed like Intent driven configuration but those are significantly less common. If the app does support Intent driven configuration then that can be administered via SOTI scripts. At the end of the day SOTI gives you a lot of options but the app itself needs to support the configuration mechanism that you intend to use.

I just did a quick search and it doesn't appear that the application in question supports Managed Configurations due to how it's listed in the Play Store:

Normally you would see something more along these lines: 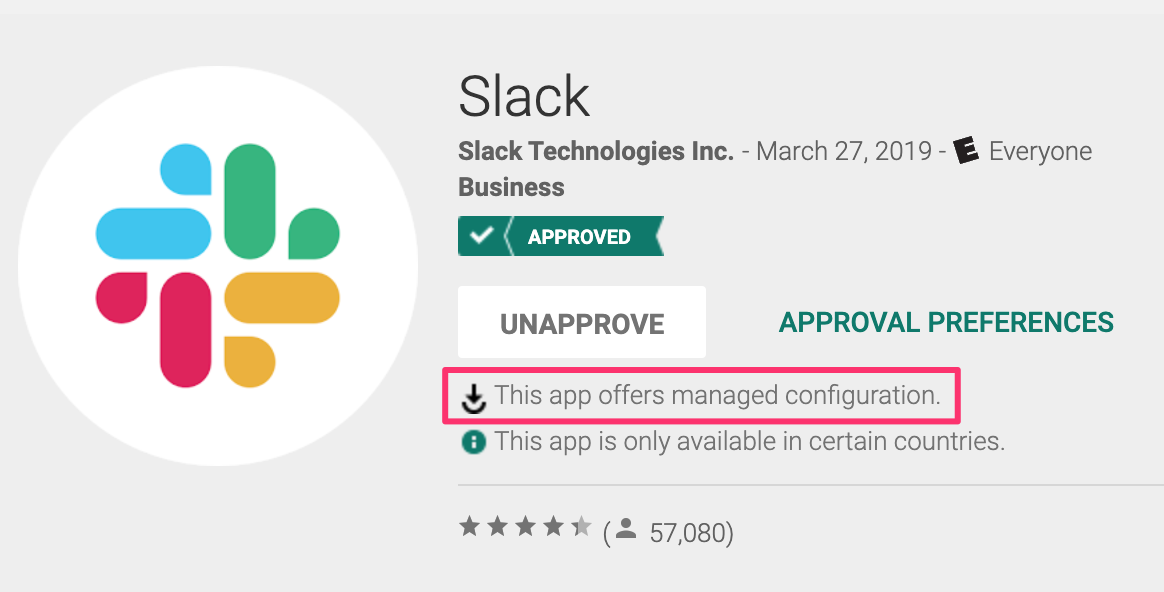