Last Sunday, I upgraded MobiControl from 14.0 to 14.0.2 and it's been a nightmare since. I had no issues with 14.0, but the upgrade to 14.0.2 has been regretful. Apart from dealing with SSL certificate issues, the biggest problem is MobiControl services continuously stopping for no reason.

Right now, the Management Service continuously crashes every 5 to 15 minutes or so. Event Viewer shows the following:

Here's a new one I haven't seen before (yet more certificate errors):

I noticed this occurs when a technician loads the WebConsole on their first login/session (and then subsequently receives an HTTP 404 error). We then have to wait a few minutes for the service to restart, or restart it manually if the application crashed too many times. On average, the service crashes at least ten (10) times in an hour.

I've tried upgrading the .NET Framework runtimes to 4.7.1 to no avail. I also upgraded Java to the latest 1.8u161 and saw no improvement. Searching the web for this type of error yields many results, including one about a Microsoft-supplied hotfix and another about switching .NET JIT compilation modes.

One thing I'd like to mention is that MobiControl's WebConsole is served via a NGINX reverse proxy with its own public SSL Certificate from Let's Encrypt (separate machine) while port 5494/5495 is NAT'ed directly to the MobiControl server. This setup worked flawlessly on 14.0.

The only certificate I have overridden in MobiControl is the "Deployment Server Extensions and Web Console" while the insecure RSA1 1024-bit original MobiControl Root CA and related certificates still handle everything else. I'm more than eager to change them to our PKI certificates, however I'd like to sort out the current issues at hand first.

Anyone else experiencing issues with the latest update or can provide some insight into the matter? 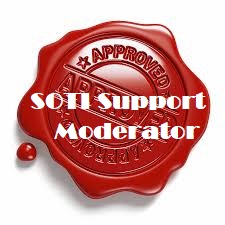 I have sent you a message with regards to your recent upgrade.

Thank you for choosing SOTI Inc.

Here's a quick update for anyone experiencing the same issues as I did.

A support agent from SOTI applied a (possibly upcoming) patch to my MobiControl installation that ended up solving all the Management Service crashing issues.

Many thanks to SOTI Support Staff for the quick response, remediation and later follow-ups on resolving the matter.