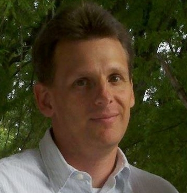 Can anyone verify if Mobicontrol v13.4 supports Android 11 devices?

We're currently running a mix of 7.1 and 8.1 Android devices. One of our sites is pressed for devices and are looking at Zebra TC72s running Android 11. We're unsure if there are any upper limits on what Mobi v13.4 supports.

I don't foresee any issues with Android 11 devices using the same AFW profiles that our 8.1 devices use, but it's always nice to get a confirmation.

I'm not sure about 13.4 specifically but you might want to review this thread from today about Android 11 issues with scoped storage issues. This may be painful to deal with if you have any apps using scoped storage for configuration files (e.g. Velocity, Zebra Enterprise Browser)

Are you sure the TC72s are running A11 and not A10? I would recommend downgrading them to A10 and running them with that for a while until the various apps catch up to A11.

Thanks for the reply Matt.

We were told by a Zebra rep that the TC72s were running A11.

We're currently on Enterprise Browser 2.0, and its config files run off of the SD card on our devices. So, if I'm understanding that thread correctly, it looks like this setup is going to be an issue in A11?

I would maybe double check with that rep as that doesnt quite make sense. A11 has only just now been released for a subset of Helios device and has not been "cut into" manufacturing of the TC72 yet as far as I'm aware. For TC72s to already be running A11 that would make me think they'd have to be used devices from another customer who upgraded them to A11 and has now maybe returned them? Perhaps after finding out the issues with A11! Either way, the TC72 is downgradeable to A10, which is still my recommendation if you happen to find that they are on A11.

Yes, you will have to upgrade the devices to EB 3.2.5 to support A11. EB 3.2.5 actually switches from Scoped storage back to /sdcard/ for configuration but it also requests a new permission called manage_external_storage in order to be granted full sdcard access again. Come to think of it EB 2.0 might actually "work" on A11 in an unsupported status assuming its API target is <30 as these external storage restrictions apply to apps targetting API target 30 and above.