We are displaying the %DEVICENAME% variable in our HTML device lockdown.  This part is working fine, but the issue we are running into is that once the device is added to MobiControl, we rename them to match a naming convention that the Device Add Rule cannot replicate (combination of model # and substring of serial #/IMEI#).

When we rename the device the name on the lockdown screen does not update until we either make a change to the profile and re-assign it or move the device between groups that cause the profile to be re-applied.

How do we automatically force the lockdown screen to refresh this variable, while it is connected, without having to move it between groups or profiles?

I have experienced the exact same problem and have only resolved it by refreshing the profile with a slight change. Not ideal!

What device platform, agent version/build and device model/brand are you using?

This old problem seems to have been solved for quite some time.  A moment ago, I randomly picked up a Samsung phone running a Samsung ELM agent v13.6.0.1476, and the device name got refreshed nearly instantly after each change I had made in the web-console.

If automatic refresh really does not work for your device/agent version, you can try sending the following MobiControl script commands after each device renaming to force macro refresh in your device kiosk:

Another way to enforce automatic refresh is to include javascript to do periodic kiosk rendering update, though this approach may have some impact on day-to-day battery life of the device.

The Device Name updates immediately within the MobiControl Agent when its renamed but the update is not reflected in the lockdown: 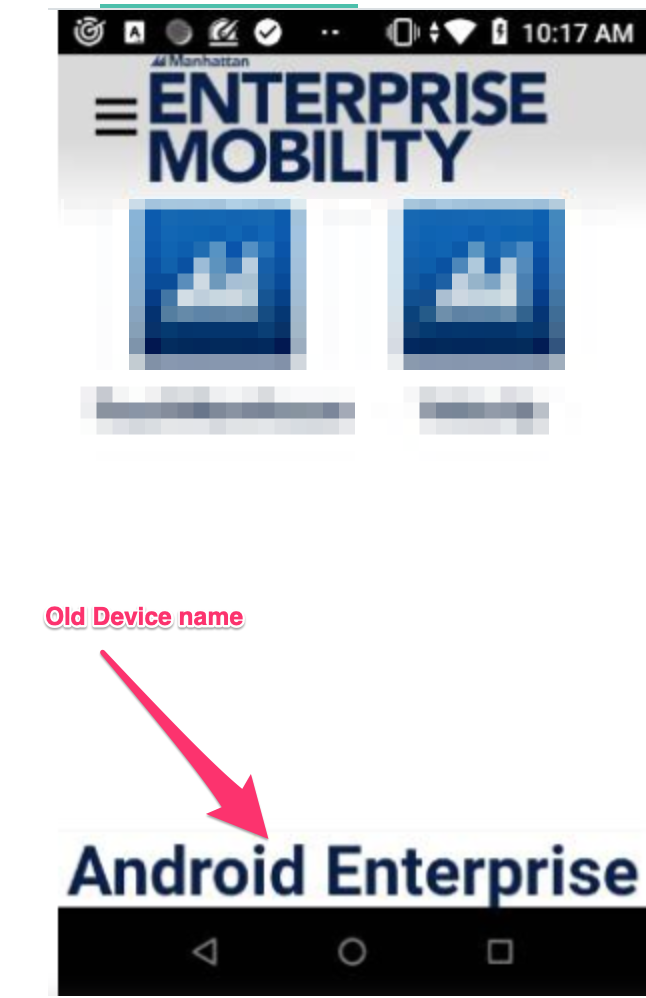 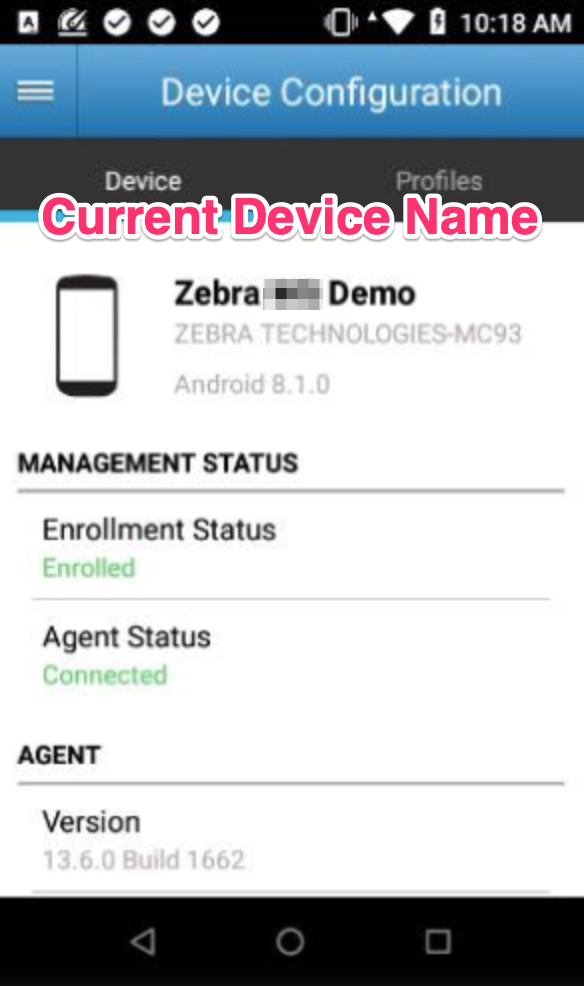 I've just checked  Zebra TC25 with Android Enterprise agent v13.6.0.1662 and Huawei Y7 Prime with Android+ agent v13.5.0.1088 , and the Device name get automatically updated almost instantly after renaming in the web-console.  Other macros in the kiosk can also to forced to be upgraded with the script mentioned in my previous post.  The results are thus consistent in all my tests so far between 3 different brands, 2 device platforms and 3 agent versions.

Does sending my given script results in the new device name shown in your lockdown screen?

I tested this script

And it did not resolve the mismatch of the previous Device Name displayed in the Lockdown. The other Macros that i'm using in the Kiosk like IP and custom ones referencing dynamic Custom Data are also updating automatically. It's just the Device Name that is not.

It's strange that refreshing of all macros except the device name work fine!

If all you tested brands/models have the same problem,  I would be interested to know what are the version and build numbers of your server?

The newer agents in MobiControl should automatically update the kiosk if a change to the macros is detected. I'm wondering if the issue is device specific. Zebra devices will have a copy of the agent files (including the lockdown template) in two locations of the device (/data/data/ and /enterprise/ respectively).

It's just a theory and not an explanation, the day to day operations of the agents on Zebra should use the files in the /data/data/ folder and should only use the /enterprise/ folder for persistence. So, I could be completely wrong.

Thats a great theory, thanks TJ!

I was waiting to reply until I had touched base with SOTI to open a case on this.  The issue was with "how" we were displaying the variable.  In our case we had a Dynamic lockdown screen provided to us by our VAR.

For example, if we wanted to display a text field, it was inserted as a Menu Item: 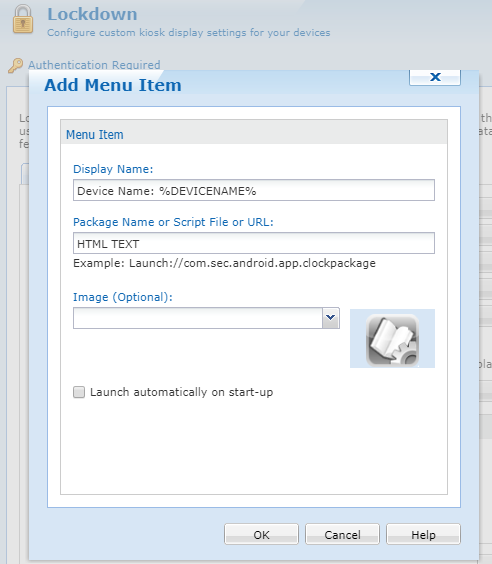 The HTML file has a script to dynamically build an HTML Table:

This wasn't automatically updating, so after working with a SOTI tech we determined it wasn't updating unless we inserted the variable outside of this table that was being built, presumably when the profile was assigned and never updating until the profile was further updated.

I ended up throwing it in the script but outside of the for loop that generates the table and was able to get it to update as soon as the change was made in the console.

I suppose it is our fault for not asking you about how you set up the template. Oh well.

It sounds like I may have ended up in a similar circumstance. I was placing Device Name in the HTMLFooter which was part of a similar For Loop. I'll try to pull it outside of that loop to see what results I get.

It's a pity nothing was mentioned about using javascript in a highly customized kiosk template.  Looking at the code screenshots, the VAR likely made their own modifications of a template downloaded from an open-source project before sending out to their customers.

Using smart javascript to configure kiosk mode is always a double-bladed sword.  There are virtually unlimited ways to improve layout design, performance and ease of use, but there are even more ways to break things due to mismatched design assumptions, programming language limitations, programming skills, etc.

The best defense is to understand what the codes are doing before using them, or at least to know what and how to ask when things get screwed up.

Matt I am using the same open source template for some of my devices in regards to HTML FOOTER.  do you have an example of how you changed that to code to make it work?